By clicking ‘Join Now’ you agree to our Terms & Conditions

The idea and practice of having illicit encounters are frowned upon, in the main by most of western society. We are told that our moral values have slipped compared to our parents although in America a survey last year suggested that 77% of those questioned believed moral values were getting worse, while 88% said they were fair or poor.

Interestingly, however, a greater part of the world's cultures seem to accept polygamy as part of human nature and as such, they don't see a reason why it should be banned. It's only moralists that perceive the act of having an affair outside marriage wrong. But truth be told, everyone, at some point or another has already thought about having an affair. Again, it's basic human nature. After all, spending the rest of your life with just one person can sometimes be boring. The monotony and predictability of your daily life can drive you to look for excitement elsewhere. Illicit encounters promise uncomplicated fun, something that seems to be lacking in commitments.

Given the right opportunity and situation, a person will find himself having an affair even when he originally believed that it's not in his personality to engage in such. It's not something that you think about beforehand. Many people do not even plan on having an illicit affair and are just surprised to find themselves already in one.

Illicit Encounters where men and women are equal

According to some surveys, men are more likely to have illicit encounters than women. But if you come to think of it, a woman who has a higher economic status and holds greater power is also prone to the same act just as much as her male counterpart is. After all, males and females have the same needs, although women tend to have affairs for the emotional benefits rather than the physical ones.

What makes the idea of an illicit encounter attractive? 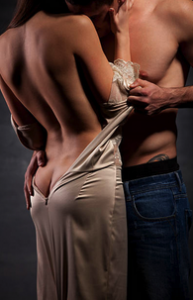 It's like chocolates. Everyone says chocolates are bad for you and because they keep telling you that you shouldn't eat them, you find yourself making secret trips to the fridge every night just so you can get your hands on that large chunk of chocolate cake.

There's something exciting about the idea of keeping a secret affair. It's like knowing something that the whole world doesn't know. An illicit encounter is enticing because you have to exert the extra effort to keep yourself from getting caught. You're committing a social taboo, after all.

These days, technology has made it possible for you to have illicit encounters and not get found out. The internet contains a wealth of resources that you can use and venues where you can meet people looking for the same kind of uncomplicated fun that your craving for. By simply going online, you can flirt around with people from within your area and even with those based in different parts of the country or the world. You get into the dating scene even when you're already married in reality. If you want to take the illicit encounter offline, you can very well do so provided that you practice discretion, of course.

Not all illicit affairs can save marriages but have one or two, according to some therapists, can actually help keep couples together. In many cases, affairs are wake-up calls saying that there is something in the marriage that needs to be repaired or improved. In other cases, illicit encounters can also help broaden one's sexual experience. In a sense, you still end up contributing something to your current relationship. Just make sure that your other half doesn't find out who you're playing with to keep things as simple as possible. Having a fling just for the fun of it isn't all that bad so long as both parties understand that there really is no commitment and there will never be one.

What pre-dates an affair?

It's really difficult to tell what would make a person engage in an illicit encounter. It can be just an attempt to break free from the boring monotony of married life or it can also be his environment. Sometimes, it's the stringent moral restrictions that are driving one to dare to risk it out. Opportunities such as access to the internet or being in the company of work colleagues more than being with your partner can create venues for illicit encounters to become possible. If you want to inject some excitement into your life, Affairs and Dating is the perfect website for you. We can help you meet interesting people who can fulfil your fantasies and experience uncomplicated fun for a change.