For the Ladies – How to Beat Online Dating 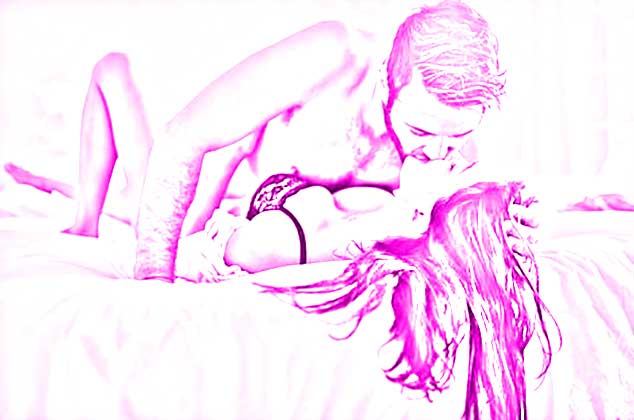 When guys are in relationships, they tend to idolise the single life and everything that goes with it. The freedom to chase any random attractive girl they see, to have as much casual sex as they can get, and to meet lots of different women.

The trouble is, the vast majority of guys put most of that out the window when they’re single, and habitually make these killer mistakes that see their would-be conquests walking by as surely as if they were married.

What you need to get your head around is accepting rejection amicably. Learning to smile, and walk away, knowing that it’s her loss, but you don’t blame her or feel reduced. That’s the biggest skill to have. Altogether too many guys get told to shove off by some girl, and that’s it, they won’t approach another for two months. Don’t be that guy.

There’s another worse option for guys out there too. Being the ‘nice’ guy. You know the one, he’s always complaining about being friend-zoned, and that women always date scumbags. What he doesn’t appreciate is that women don’t actually owe him anything, and when they say no to him, that doesn’t make them bad people. Learn to take rejection like a mature, adult man, and you’ll see a ton of benefits in your dating life.

Einstein’s definition of madness was doing the same thing over and over again, and expecting a different result. If you keep trying to get with girls in the exact same ways and don’t vary your approaches, attitudes, style and a million other factors, you’re always going to get the same results.

Here are a couple ideas. Ask some female friends for advice, vary the way you’re dressing, find a way of boosting your confidence. Do some research on corny chat-up lines, or simply learn to be better at chatting in general. There are a million things everyone can do to make themselves more attractive, and that goes way beyond the shallow, physical improvements that you can make. Learn to make truly heartfelt and meaningful compliments, or make people feel properly listened to and appreciated. It could all help you out.

No-one is saying change yourself. What I’m saying is adjust the way you come across to other humans because first impressions are super important when it comes to dating, but after that, you can let your real personality take over. Be louder, funnier, friendlier, you never know, you might like it, girls probably will.

One of the simplest, most obvious things you need to do when it comes to building the sex life of your dreams is simply getting out there. Go on, get a small group of mates together, and go to the club or a bar. Instead of staying home studying, go to a local coffee shop, ask the cute barista out.

Get out of your comfort zone, the land of zero females, and put yourself in the presence of the fairer sex. Once there, start thinking about how you come across, and try your luck. It’s the only way out of a rut.

You know what everybody finds utterly gross and off-putting? Desperation. Absolutely nobody finds it in any way attractive, and if you’re obsessing over how well or badly your romantic life is going, chances are you’re going to be coming off as a little desperate, or even a little creepy.

Here’s a tip. Just let it happen. Put yourself in the right places, with a little light research, and a few ideas to try out, and let that be the extent of your worrying and thought on the matter. If it doesn’t pan out for you that time, re-evaluate a little and try again at some other moment. Getting better with women doesn’t have to be hard or stressful, and it definitely doesn’t have to be depressing. Just dodge that the errors, fixating and acting desperate.

Know What You Want

Great, you’ve started succeeding with women! That’s amazing. You need to know what you’re after going in though. Whether that’s casual sex, or a new girlfriend or whatever, you shouldn’t be going into potentially romantic situations without a plan. That’s how you get caught up in unpleasant situations you didn’t plan for. Be clear in yourself what you want, and be clear to the women in your life.

Women like it when a man properly knows what he’s after. As long as he’s not just transparently sex, sex, sex, being aware of what you want is always going to come off as attractive and assertive, done right.

Having said that, don’t be so certain of what you think you want as to close off doors to potentially bigger romances. Don’t tell yourself you’re only in it for the casual sex and one night stands if you’re starting to catch feelings for a girl. One night stands are great, but dating is about meeting that special someone eventually. Know what you want right now, but leave enough openness in your plans for improvisation later on.

Do not let one too many rejections break you down. Don’t let a bad one night stand put you off completely. The most important thing you can do is keep at it. The longer you keep trying to meet and connect with women, the higher your likelihood of meeting that perfect, brief sexual encounter, or even the woman you fall in love with. Don’t give up!